We’d all like to be judged by the content of our character, not the color of our skin or our gender, unless there is some special advantage to whatever classification we can claim.

But people are people, and our long history of being unnecessarily concerned about gender and race is deep.

I happened to see one of the new forms for applying for expungement under Missouri’s 2018 statute, in which there is a blank for the sex and race of the applicant. The older expungement statutes also specified that sex and race would be a part of the application. The application also calls for a driver’s license number and date of birth, as well as case numbers for prior court records, so precise identification is not the issue.

The Missouri General Assembly has recognized that old criminal convictions, in many cases, doom those convicted to a life that cannot include holding a job and earning a wage that could help support a family.

My guess is that the legislators simply did not think about deleting the irrelevant questions about the gender or race of the applicants, as though that information has anything to do with qualification for expungement.

It is time to quit putting people in boxes for no purpose. 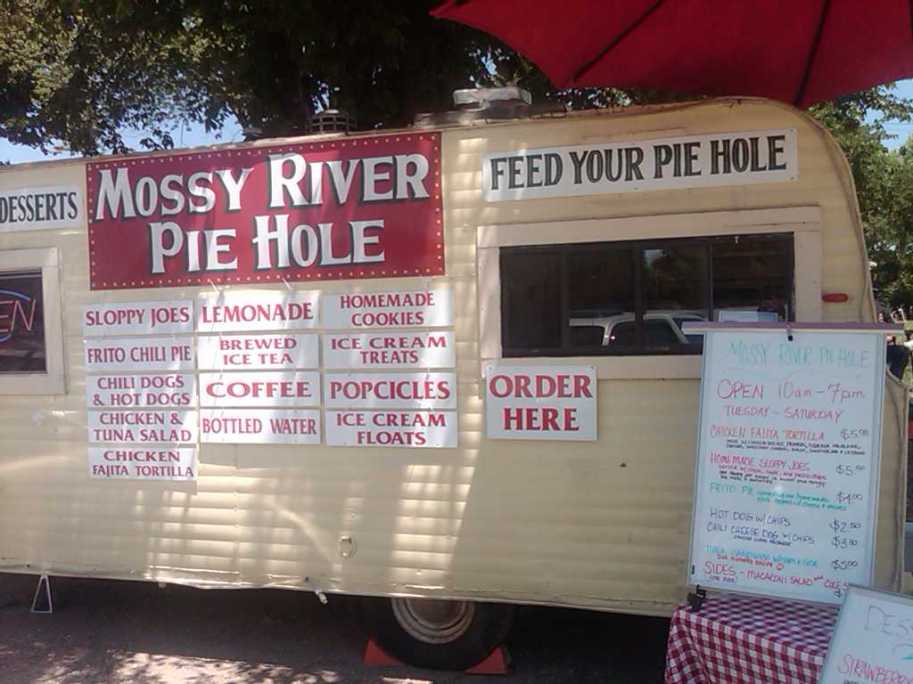 I felt that the words above the window were speaking directly to me.

I couldn’t help but pull over while I was on one of my noontime foraging expeditions on the east side of Ozark, Missouri.

Set up under a shade tree at the corner of Missouri highways 14 and 125 in Sparta, about eight miles east of the Ozark WalMart and US 65, Gjetta Moss has just started her second month serving delicious lunches and suppers.

I keep coming back for more. Today I had lemonade from just-squeezed lemons, which paired perfectly with a BLT and peppery coleslaw.

Despite a couple of college degrees and years of restaurant experience, Gjetta hasn’t found the job she needs. She’s trying the time-honored bootstrap method of making her way in the world, keeping the overhead low and the quality of the food as high as she can make it, served with a big smile. 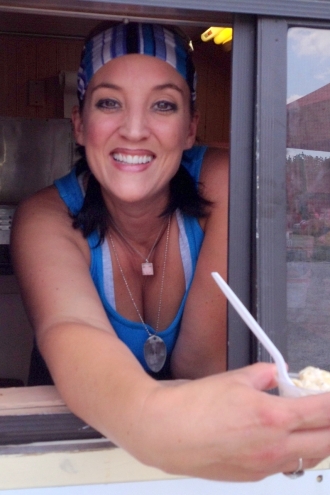 “Years of combined experience” : how does it add up?

My wife and I have been married 36 years. I suppose you could say that we have 72 years of combined experience being married. Does that mean that I should be a marriage consultant?

Judging from the use of “years of combined experience” in advertisements, many people must think that combined experience adds up to expertise, even in the Show-Me State, where people are not sheeple but skeptics. Here are some samples: END_OF_DOCUMENT_TOKEN_TO_BE_REPLACED

LegalZoom.com sued in Missouri class action: maybe now we’ll find out what the practice of law really is

What do lawyers do? In other words, what is the scope of the lawyer racket?

A suit filed in December 2009 in Cole County Circuit Court in December 2009 may give us some idea of whether LegalZoom’s document-generation service overlaps the practice of law in Missouri. LegalZoom has filed a motion to move the suit into federal court.

LegalZoom.com., Inc. takes information from its customers and uses that information to complete documents, which it sells to those customers. In some ways, it’s a web-based version of the books of forms that have been available in paper form for hundreds of years and in digital form for 30 years or more.

The lawsuit was filed by persons who used LegalZoom for the preparation of a will and organizational documents for a limited liability company. The plaintiffs asked the court to certify that they were representatives of all Missouri residents who have done business with LegalZoom. The plaintiffs and their lawyers want END_OF_DOCUMENT_TOKEN_TO_BE_REPLACED

I’ve added a new feature called Ozarks on stage, with the first short bit about the play “Maid in the Ozarks,” which ran for 103 performances on Broadway in 1946, before and after thousands of performances in regional theatres around the country. Its playwright, a woman named Claire Parrish who was apparently an Ozarks native, is a mystery. Can you provide any clues about this person?

I would love to have an essay about the plays of Lanford Wilson, born in Lebanon, Missouri in 1937, who went to high school in Ozark, Missouri. He was a giant of Off Broadway in the 1960s and 1970s and won a Pulitzer for “Talley’s Folly,” one of the plays in the Talley Trilogy, which involved a family in Lebanon at the end of World War II and during the Vietnam War era.  He also wrote “Hot l Baltimore,” which was first a play before Norman Lear turned it into a TV sitcom that had a short run in 1975. If you have stories or thoughts about Wilson or his plays, please let me know.

If you know of other plays set in the Ozarks, please comment.

I’ve also been fleshing out the Ozarks in fiction compilation, with new info about Suzette Elgin Haden’s Ozarks Trilogy, Donald Westlake’s Baby, Would I Lie? and Edgar Hulse’s Light on the Lookout. I’ ve received several helpful suggestions which I’m working on integrating into the text. Please let me know about deserving books that should be mentioned here.

An overview of Ozarks fiction

I’ve posted as a page, under the “Diversions” category (see sidebar), a work in progress, which is an overview of Ozarks fiction. My intent is to gradually assemble a fairly detailed compilation of links and impressions about fiction in which the setting of the Ozarks and the people of the Ozarks play significant roles.

I hope readers will comment, point out out omissions and quibble with my choices of authors and titles to mention. As I receive comments and suggestions, I’ll make changes in the body of the text, so that we’ll end up with a wiki-type compiliation.

Don’t be shy about commenting.

How the Democratic Party lost the Ozarks

Matt Meacham’s essay, “Plenty of Hope After All,” is a thoughtful insider’s reaction to a Washington Post’s reporter’s superficial article about West Plains, Missouri. The Washington Post sent Eli Saslow to West Plains, a busy trading center in the south central Ozarks of Missouri.

West Plains attained some temporary notoriety in 2009 because of the appearance of this billboard, END_OF_DOCUMENT_TOKEN_TO_BE_REPLACED

Where to learn about consumer law issues

The blog Caveat Emptor is a great source of information for lawyers and non-lawyers about some of the issues that vex most of us, such as:

If you don’t have the money to hire a lawyer, or you want to have a better understanding of an issue before you write a letter, make a phone call or see a lawyer or credit counselor,  Caveat Emptor is a good resource.

Posted in Uncategorized. Bookmark the permalink.

Because the possibility that a dam could break is a continuing risk, an old dam isn’t exempt from newer rules for dam safety. So said the Missouri Supreme Court in an opinion released on May 5, 2009, reversing the ruling of a Springfield trial judge.

Registration of a dam triggers the implementation of a safety program and requires the submittal of an as-built survey of the dam. In other words, registration is the beginning of a process that allows the Dam and Reservoir Safety Council to keep track of the dam, make requirements for maintenance and repairs, and review any proposals for modification of the dam.

The trial judge’s decision was based on two points END_OF_DOCUMENT_TOKEN_TO_BE_REPLACED

How to learn about the economy and form opinions

The biggest problem that I have in understanding economic ideas is that my own economic literacy is limited. I have only a bachelor’s degree in economics and am a poor mathematician. Yet I’m hungry for economic information. Here’s how I get it. END_OF_DOCUMENT_TOKEN_TO_BE_REPLACED